Call it a compilation of all the crazy projects I've come up with over the years. Call it a how-to for things around the house. Call it whatever you like :) It's what I do everyday. My blog is really just a way for me to share what I've learned over the years about home improvement, interior design, organization, diy, crafting and home repair. And most importantly it comes from always working on a budget and forever wanting to fend for myself when it comes to anything. I hope you enjoy (and learn a few things along the way :) 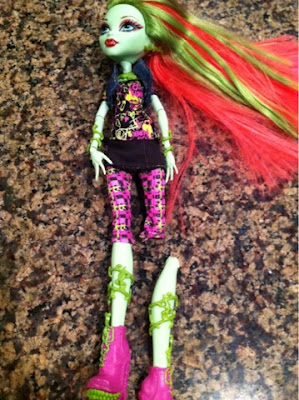 This one came out of necessity.  Yes that Venus McFlytrap, so she was fairly new when she broke (hence the urgency).  I searched for repair ideas online, but since I didn't like anything I saw, I figured out a different way and decided to share.

What you'll need:
1. Pliers - I used needle nose pliers
2. Very small drill bit - thinner than the screw
3. Wire cutters - you can get these at Dollar Tree if you don't have any
4. Small screw 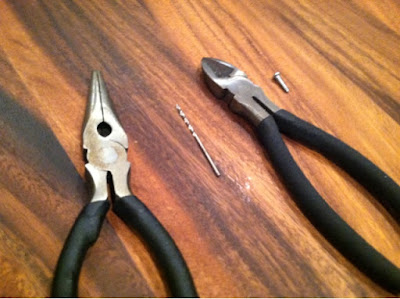 This was a pretty simple fix, and though she can't bend her knee anymore, it does turn right and left,  she doesn't look broken anymore, and the leg won't come apart again for sure (like it did when we tried to just hot glue it).

First. Drill a small hole into the upper and lower part of the leg (you are going to use the screw as a pin to hold the two parts together). 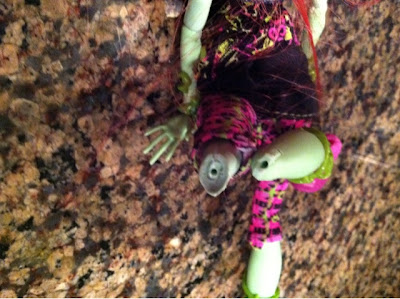 Second, "prime" the leg for the screw by screwing the screw 1/2 way into each leg part then removing it (this makes it easier to put together later). Use can use a screwdriver or pliers to do this. 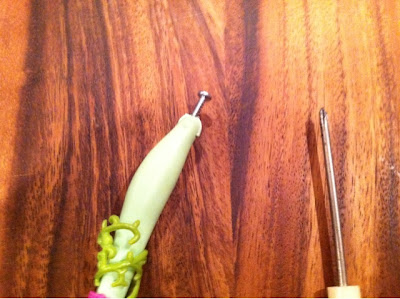 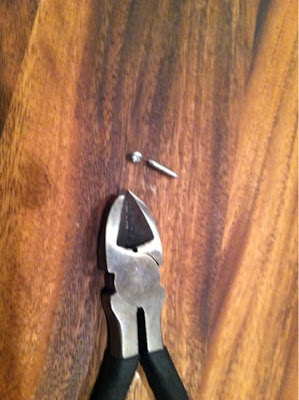 Fourth, screw one end of the now double-sided screw into one of the leg portions. You can hold the screw with the needle nose pliers to help you do this, if needed. 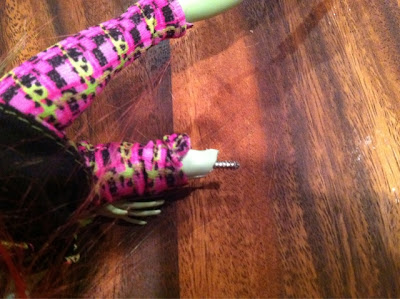 Fifth, take the portion leg with the screw and screw it into the other portion of the leg until it is flush (resembling the other leg and of course facing the right direction : ) 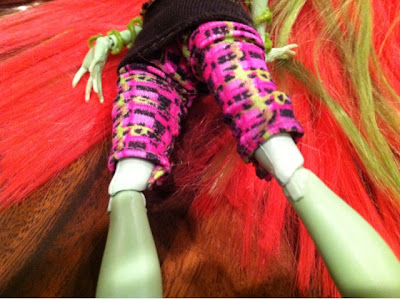 Looks good and new.  Fixed...and one happy daughter.  I hope this helps anyone out there looking for a quick fix for a broken Monster high knee : )
Posted by Dixie of all Trades at 7:56 PM

Dixie of all Trades